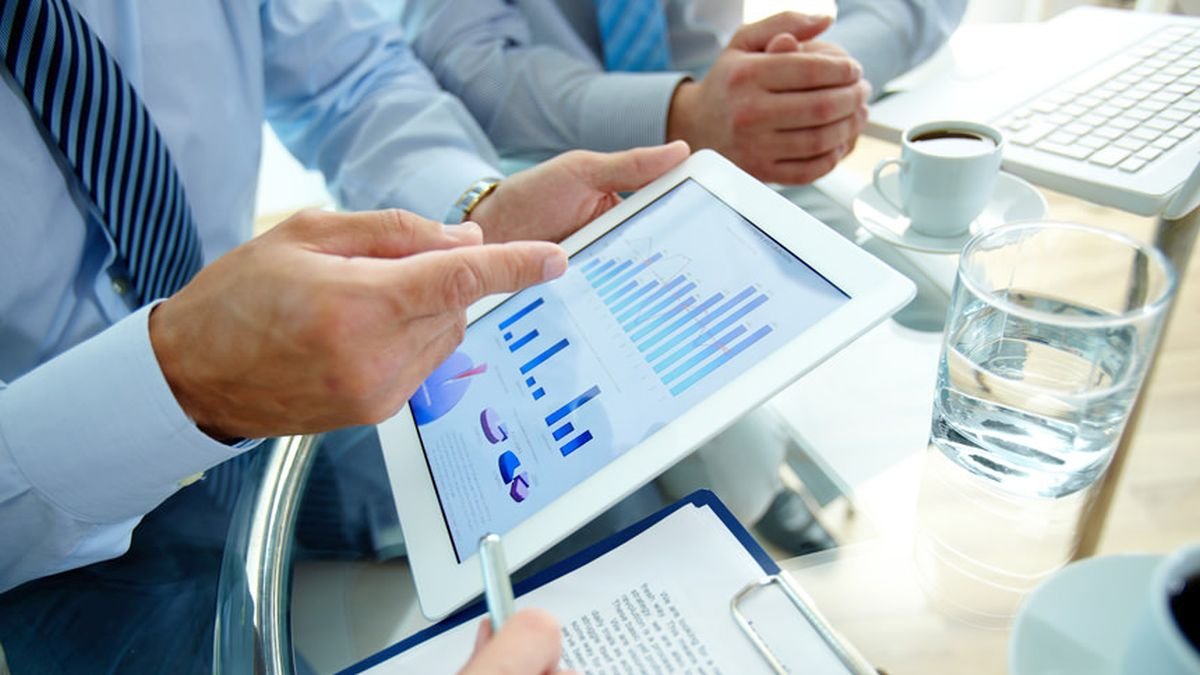 With a growth in the average cost by 7 percentage points, New York remains the city in which an overnight stay has a higher cost. Prices in Shanghai, Hong Kong, Singapore and San Paolo are growing. Dubai is alone in falling.

“Translated into numbers”, explains Luca Patanè, Uvet Group President, “it means that given the same characteristics and travel conditions, what cost you 100 euro in 2007, today costs you 56.90 euro. But if it had followed the average for the prices in the travel sector, it would cost you 127.70 euro (124% more). This effect is to the benefit of companies that, with lower prices, can invest in development activities and contact with clients, or potential clients, in search of new business opportunities, even at an international level”.

The number of trips by air in the last year grew for the domestic European market, but dropped for the intercontinental one. The domestic segment continues to be affected by competition from the rail sector. This has led to a reduction in domestic travel spending with regards to the number of trips, indicating a lowering of the average price of a ticket. The intercontinental segment, however, recorded growth of 44 euro compared to 2016.

2017 confirmed New York as the most important destination for the sample (6.2%), 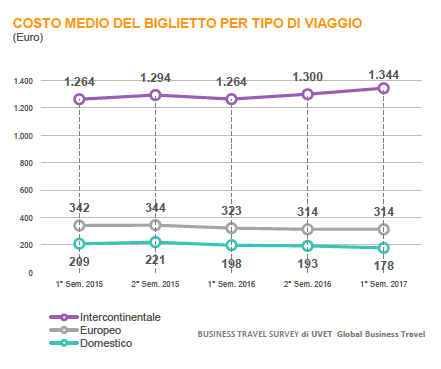 in second place was Dubai which lost some of its share (4% compared to 4.6% in 2016). Stable flows to Shanghai and Hong Kong, but falling are Sao Paulo and San Francisco.
At the European level, the main destination is still Paris, with over 13.2% of the total business travel made in Europe. Down are London, Amsterdam and Frankfurt. Brussels (+0.3%) and Madrid (+0.2%) showed values indicating growth. Monaco is stable.

In the domestic segment, Milan is the main destination for business travellers from the sample companies: 35% of clients favoured the airports of Linate and Malpensa. Rome shows a drop of almost three percentage points from 31.1 to 28.4%. Naples remains the preferred airport amongst the other domestic destinations (5.3%). Bari, Turin, Venice and Palermo are the destinations that show an increase in their numbers, down is Catania, whilst Genoa is stable.

Calculating the change over the three-year period, however, shows a marked stability in prices: in 2015 the average price was, in fact, 49 euro.

Since 2014, we have witnessed a change in the habits of those who travel on business thanks to the high-speed lines which have reduced travel times between Rome and Milan. 2015 saw rail overtake air, as expected: since the 1st half of of 2015 the preferred method of travel has been the train with a share of 55% of the total. Compared to 2015, in 2017 rail has gained a further 5 percentage points.

In 2017, the hotel sector showed an increase in spending across the country with a share greater than 60% of the total. The European segment saw a drop in its share of the market of over 2 percentage points compared to 2016, whilst intercontinental hotel spending grew.

With a growth in the average cost of 7 percentage points, New York remains the city in which an overnight stay has a higher cost. Prices in Shanghai, Hong Kong, Singapore and San Paolo are growing. Dubai is alone in falling.

In 2017 in Europe, London remains the most expensive city, followed by Paris whilst Madrid is confirmed as the most economical city despite it growing. Frankfurt, in percentage terms, recorded the most significant drop with 10 percentage points.

In the last 12 months, the cities where it was most expensive to stay overnight were Florence and Milan. Milan, though, increased its cost compared to 2016, whilst Florence experienced a slight drop. For Rome and Naples, the prices remain substantially unchanged. Genoa remains the most economical city, recording a drop in the average price of 5 euro.

The estimates in the UVET Travel Index, which are based on an econometric model that uses solely data held by UVET on business travel managed, forecast for the second quarter 2017 an increase in GDP of 0.28% compared to the first quarter of 2017.