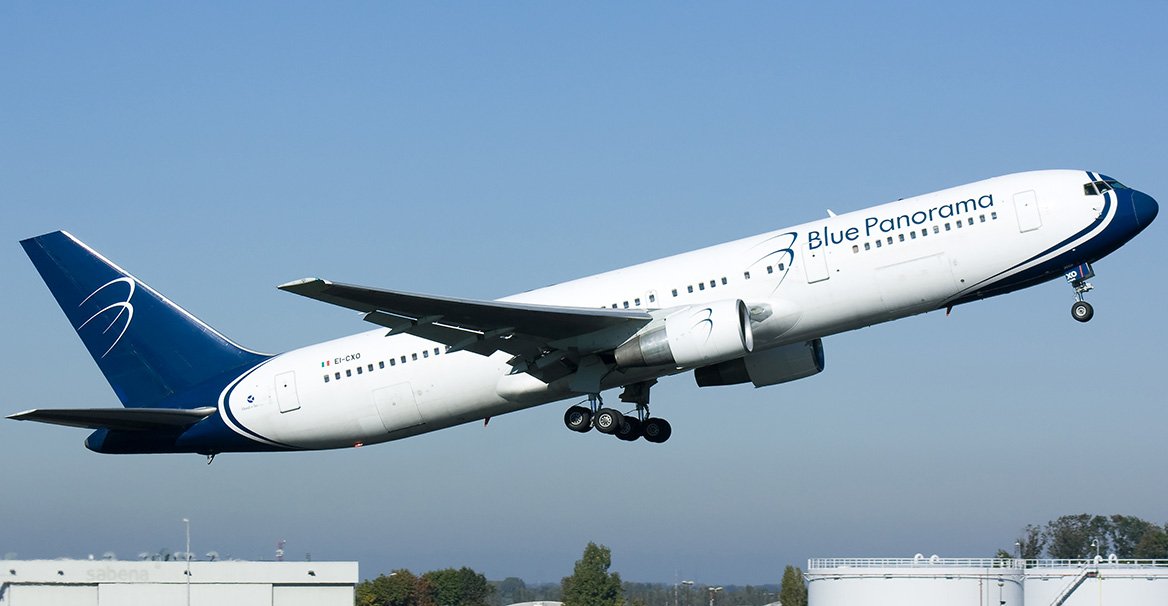 Milan, 18 December 2017 –  The Uvet Group acquires 100% of the shares in Blue Panorama Airlines S.p.A., the acquisition was completed on Friday, 15 December.

“The objective is to make Blue Panorama a vertically integrated company”, said Luca Patanè, Uvet Group President, “within a leading group in the mobility and tourism sector. The Group is expanding its interests. We’re at the dawn of a new challenge that is set up to be a promise of huge growth. This is a highly diversified business”, added Luca Patanè, “but we believe in the relaunch of Blue Panorama and my ambition is that the airline will make the Group grow even more. We’re a niche carrier but we want to become central players. We’re already thinking of gradually expanding the fleet”.

“We are very satisfied”, said Giancarlo Zeni, Managing Director of Blue Panorama, “to be part of a business like the Uvet Group, an important player and well-known in the market for the quality of its products and services. Integrating with Uvet represents, without a doubt, an important milestone in the growth of Blue Panorama and I’m certain that soon, we’re going to see the results of it”.

The Italian airline’s Extraordinary Administration procedure was initiated in 2014 and led by Giuseppe Leogrande as the Extraordinary Commissioner and supported by Deloitte Financial Advisory which operated, firstly in the restructuring phase and then in the management of the transfer, through a competitive process, at the international level, launched in January 2017.

“The transfer that is completed today represents the epilogue to a complex process of restructuring which began over 3 years ago: in addition to the reorganisation of the company, which was the operation’s primary objective, it is important to emphasise that, in the course of the entire commission period, the company has not resorted to social safety nets of any kind, being able to count on an active workforce of about 500 employees, all of whom were included in the scope of the transfer, and to whom I offer my sincere thanks for their extraordinary efforts over the years, in addition to my fondest wishes for the future. This would not have been possible without the constant support from the Liquidation Authorities (the Ministry of Economic Development and the Supervisory Committee) for whom I express my appreciation for the close collaboration, including in the more delicate phases of this long and complex management” said Giuseppe Leogrande, Extraordinary Commissioner for the Procedure.

At the end of November, Blue Panorama Airlines, following the agreement signed with the Chinese tour operator, Phoenix Travel Worldwide, also announced five new routes to China with Bologna as the departure and arrival point.

The Uvet Group  is an Italian leader in tourism and a leading provider of innovative services and solutions for leisure travel, mobility management, events, MICE and pharma. With over 1,200 employees and operating in many European markets, the Group has a turnover of approximately 2.6 billion euro, including the tour operator, Settemari, and the network of agencies under the brands Uvet Network, Last Minute Tour and Open Travel Network, made up of over 1,200 travel agencies in the business and leisure segments (https://www.uvet.com).

Blue Panorama Airlines is an Italian national airline company that offers short haul and long haul scheduled flights, also serving the inclusive travel tour and charter flight markets. Founded in Rome in 1998, Blue Panorama Airlines has been a member of IATA since 2002 and is based at Fiumicino airport. It immediately established itself in the world of tourist flights (leisure), opening operational and commercial bases at Milan Malpensa, Bergamo, Bologna and Tirana. The company operates a fleet of 11 aircraft (three Boeing 767s and eight Boeing 737s) and is a leading Italian company as well as a reference carrier in the domestic market for numerous, renowned tourist destinations. In 2017, Blue Panorama Airlines served 50 destinations of which 16 are intercontinental. In the period January-September, 2017, it carried over 1.2 million passengers, employing 480 people, more than two thirds of whom are flight personnel.